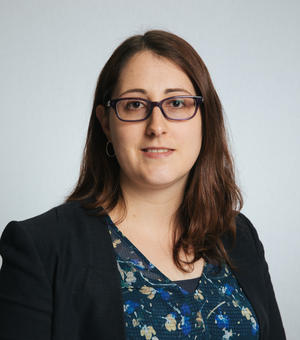 I completed a BA (Hons) in Classics and Ancient History at The University of Western Australia, before moving to Oxford for my postgraduate studies, where I read for a MPhil in Late Antique and Byzantine Studies, with a thesis on “Roman-Sasanian relations (527–545 CE)”. My DPhil in History was on “The African policy of Justinian I”.  Since completing my DPhil in 2015, I have been a Research Associate on the Leverhulme Trust-funded project Late Antique Egypt and the Holy Land: Archaeology, History and Religious Change, www.classics.ox.ac.uk/late-antique-egypt-holyland.html, (PI: Neil McLynn), and am currently a Research Associate for Manar al-Athar, www.manar-al-athar.ox.ac.uk (Director: Judith McKenzie).

My primary research interest is in the political history of the later Roman Empire, with a particular focus on foreign relations in the 6th century AD. My DPhil thesis, which I am currently revising for publication, focused on North Africa under the emperor Justinian I (AD 527–565), exploring how a centralised state, such as the Later Roman Empire, managed its relations with tribal groups on its frontier, but I am also interested in the broader questions of empire-wide “grand strategy” and client-state management in other geographical contexts, as well as in the transition from Roman to Islamic rule in North Africa.  I also work on the corpus of the 6th-century Greek writer Procopius, and on the use of imperial legislation of the period as a historical source.

"The establishment of Roman authority in Africa: Romans and Berbers in Procopius' Vandalic War," in S. Janniard and G. Greatrex, eds., The World of Procopius (Paris: De Boccard, Collection Orient & Méditerranée) (forthcoming 2018).
with J. McKenzie, “The world of the Garima Gospels,” in J. McKenzie and F. Watson, The Garima Gospels: Early Illuminated Gospel Books from Ethiopia (2016)

The establishment of Roman authority in Africa: Romans and Berbers in Procopius' Vandalic War

The world of the Garima Gospels