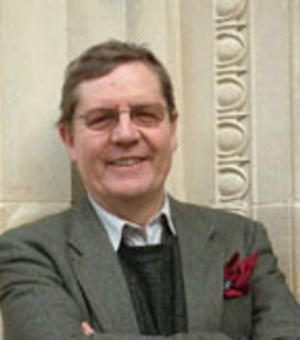 Peter Bell read Classics and Philosophy (‘Greats’) at Jesus College, Oxford.  After teaching with VSO in Ghana, he joined H.M. Diplomatic Service, serving in the Lebanon, but later transferred to the U.K. Home Civil Service. For many years he served in Northern Ireland with the Northern Ireland Office, where he was involved in defeating terrorism and the negotiation of the ‘Belfast Agreement’. He was Civil Service Fellow in the Department of Politics in the University of Glasgow in 1981–2.

On returning to Oxford in 2000, he obtained the degrees of M.St. in Greek and/or Roman History, and later Doctor of Philosophy, with a dissertation on social conflict, chiefly during the reign of Justinian I, that reflected his personal experience of government in N. Ireland and elsewhere. His interests focus on the social and cultural history of Late Antiquity, especially the Sixth Century, and its contemporary relevance, as well as on historical theory.

‘Political and Constitutional Development in Northern Ireland in the Context of a Developing Europe’, in H. A. Skar and B. Lydersen (eds.), Northern Ireland. A Crucial Test for a Europe of Peaceful Regions (Oslo, 1993), 24–34.

Review (2007) of M. Maas (ed.), The Cambridge Companion to the Age of Justinian, in Reviews in History (http://www.history.ac.uk/reviews/review/594)

Three Political Voices from the Age of Justinian: Agapetus, Advice to the Emperor; Dialogue on Political Science; Paul the Silentiary, Description of Hagia Sophia. Translated with Notes and an Introduction, Translated Texts for Historians (Liverpool, 2009).

Social Conflict in the Age of Justinian: its Nature, Management and Mediation (Oxford, 2013).